Foundation for Hope and Health in Haiti (FHHH) is a 501(c)(3) nonprofit public charitable foundation headquartered in Uniondale, New York. All programs and projects undertaken by FHHH are determined, developed, and implemented by our board of directors and officers.

Emmanuel Gabriel St. Louis MD, Chair
Was born and raised in Haiti and graduated from the State University of Haiti Medical School. He did his residency at Bronx Lebanon Hospital, Albert Einstein College of Medicine and is Board certified in Family Practice. He was the Vice-Chairman of the Family Practice Department at Brooklyn Hospital. He has been in private practice in Uniondale New York for over 20 years and is the Uniondale School District Physician.

Lesly Honore MD, DPM
Was born and raised in Haiti. He received his DPM degree from New York College of Podiatry Medicine and his MD degree from Universidad Autonoma de Tamaulipas in Mexico. He did his residencies in Podiatry, General Surgery, and Internal Medicine at Cabrini Hospital and at Brookdale University Hospital in New York. He is an active clinician in Long Island, New York, and is affiliated with Mercy Medical Center and Winthrop University Hospital.

Thierry Duchatellier MD
Was born and raised in Haiti. He graduated from Pontificia Universidad Catholica Madre y Maestra in the Dominican Republic. He did his residency in Internal Medicine and Cardiology fellowship at Bronx Lebanon Hospital, Albert Einstein College of Medicine. He is in private practice in Long Island and Queens, NY and is Chief of Cardiology at Mercy Medical Center.

Yolaine St. Louis MD
Was born and raised in Haiti and graduated from Drexel University School of Medicine. She did her residency at Northshore University Hospital and her fellowship at Montefiore Hospital-Albert Einstein College of Medicine. She is board certified in Pediatrics and Pediatric Endocrinology. She is Chief of the Pediatric Endocrinology division at BronxCare Health System and founder of Sugar Babes Place, a diabetes education program for children.

Antonio Joseph, MD
Was born and raised in Haiti. He graduated from the College of Medicine of Columbia University; did his Internal Medicine residency at Long Island Jewish Hospital and his Nephrology fellowship at New York Hospital Cornell Medical Center. He is the co director of the Garden City and Queens Village Dialysis Centers and has been in private practice for nearly 30 years. He is a member of Renal Care International (RCI), which started the dialysis program at the State University Hospital in Haiti.

Patrick Leblanc MD
Was born and raised in Haiti; he graduated from the State University Medical School of Haiti. He did his Pediatric residency at Harlem Hospital and his Neonatal fellowship at Kings County-Downstate. He is now serving as NICU director at The Brooklyn Hospital Center. He is very active and involved in educational outreach projects with the General Hospital in Haiti and State University Medical School.

Franz Nicolas
Was born and raised in Haiti. He received his Bachelor Degree from State University of New York and his Masters Certificate from George Washington University School of Business. He has worked as a Telephony Engineer for over 20 years at New York Telephone, Bell Atlantic, NYNEX. He served on the board of the Consortium for Haitian Empowerment and was President of the St Louis de Gonzague Alumni Association of New York. 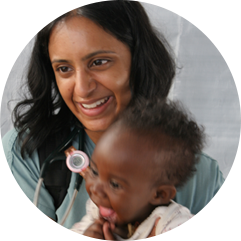